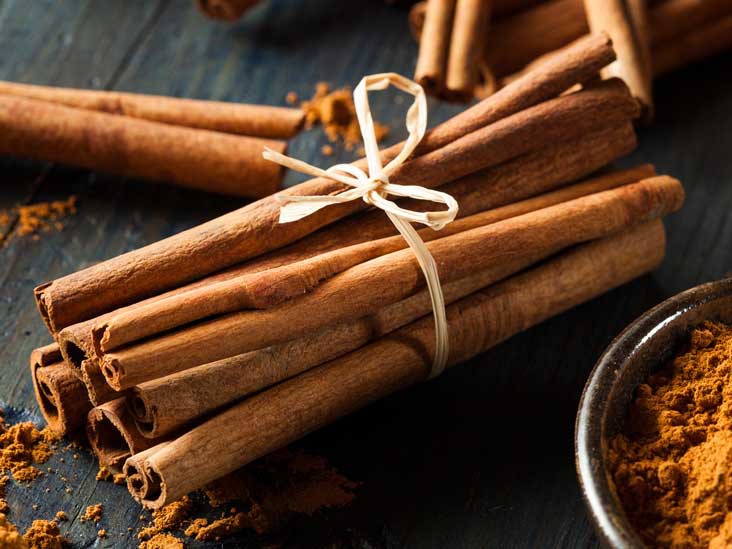 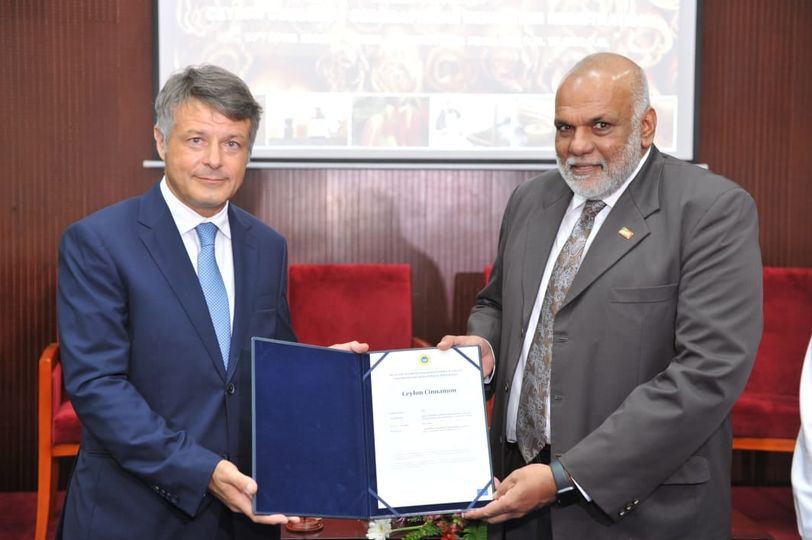 The Chairman of EDB Sri Lanka Mr Suresh Dayanath DeMel accepts the certification of Geographical Indication for Ceylon Cinnamon from the Ambassador European Union in Sri Lanka and the Maldives Mr Denis Chaibi.

The GI application was made by the EDB and supported by the EU under the EU-Sri Lanka Trade Related Assistance Project, and through technical assistance from United Nations Industrial Development Organisation (UNIDO) and the International Trade Centre (ITC). This, together with support from other private and public stakeholders, has been instrumental in achieving Sri Lanka’s first GI certification, the EDB noted.

Sri Lanka is the world’s largest producer and exporter of cinnamon, accounting for 90% of the global market share. The EDB noted that although there are many varieties of cinnamon, Ceylon Cinnamon is pure and considered superior due to its delicate taste and properties that contribute to many health benefits.

The EDB said that the Geographical Indication, which protects the name and trademark of a special product identified with a particular region and production practice, will differentiate Ceylon Cinnamon from other cinnamons of lower quality and provide a competitive advantage.

An official ceremony took place between the EU Delegation to Sri Lanka and the EDB to mark the handing over of the certification from the EU to the EDB.

EU Ambassador Denis Chaibi said: “GI is not only about linking a product to a place; it is about recognising the skill and achievement of the people who produce it. In the case of Ceylon Cinnamon, it is an endorsement of quality and an acknowledgement of the long tradition and rich history behind the production of this internationally renowned spice.

“An enhanced competitive position for Ceylon Cinnamon in the EU market will increase exports for Sri Lanka, and bring higher income and more employment across the cinnamon value chain. I am happy that EU’s trade assistance has supported Sri Lanka’s efforts to obtain its first ever GI certification.”

EDB Chairman/Chief Executive Suresh de Mel said: “This achievement could not have come at a more fitting time than now, when increasing Sri Lanka’s foreign exchange earnings is more important than ever before. I encourage our cinnamon growers, processors, and exporters to use the GI logo and attract high-quality, value-added, premium markets. The EDB and I stand committed to provide our fullest support to help you reach greater heights in exports to generate more foreign exchange income for Sri Lanka.”

Sri Lanka enjoys a fruitful trading relationship with the EU. The EU is Sri Lanka’s second-largest export market and is a beneficiary of the EU’s Generalised System of Preferences (GSP+), which provides tariff reductions on various products and has given a big boost to the island’s exporters.

The EU launched the “EU-Sri Lanka Trade-Related Assistance” project in 2015 to increase trade and competitiveness of Sri Lankan SMEs in regional and EU markets. This EUR 8 million project, implemented by ITC and UNIDO, provided technical assistance to the national quality infrastructure, and the food, beverages, spices, and concentrates sectors. Through this project, the EDB was supported in its application process for Cinnamon GI registration. 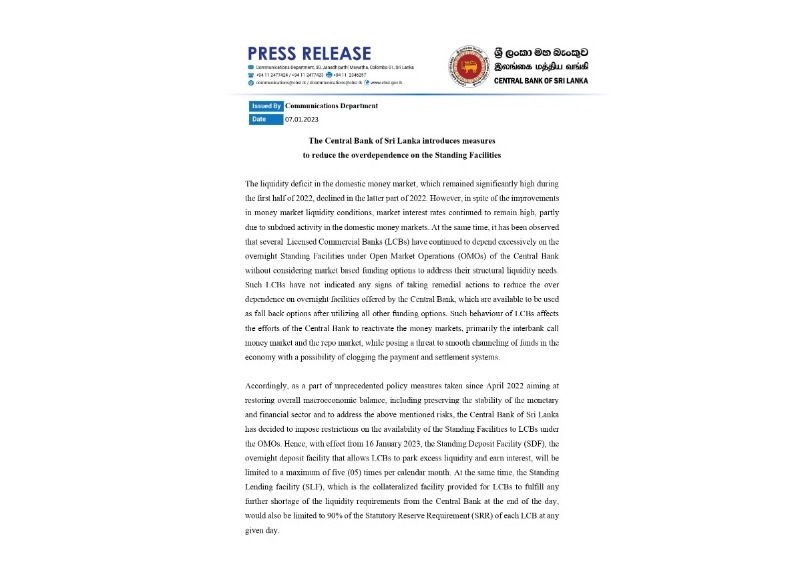 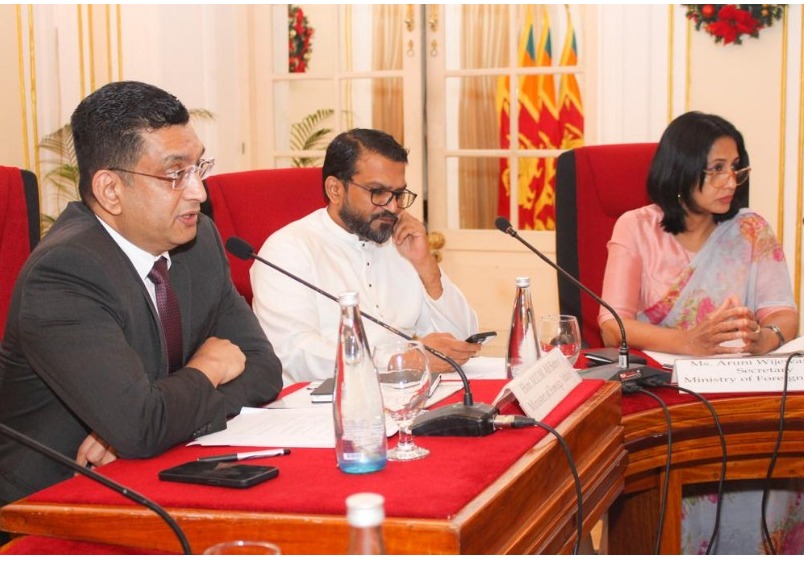 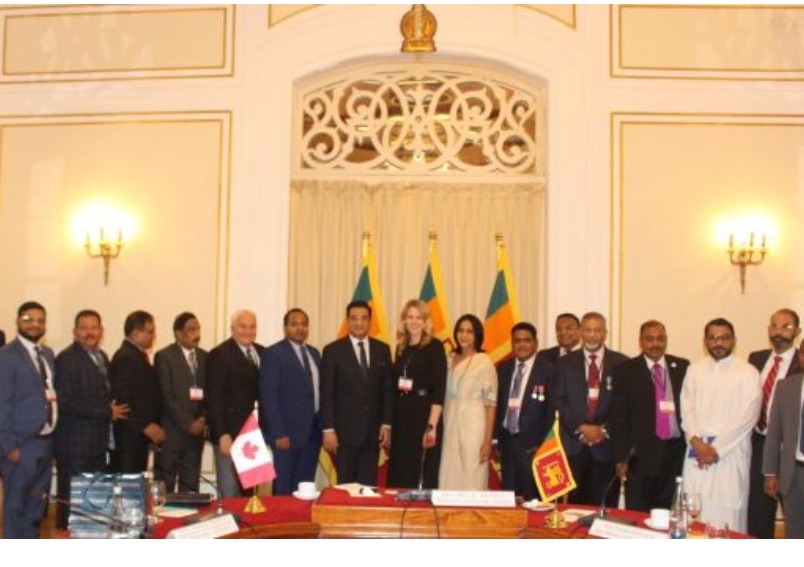