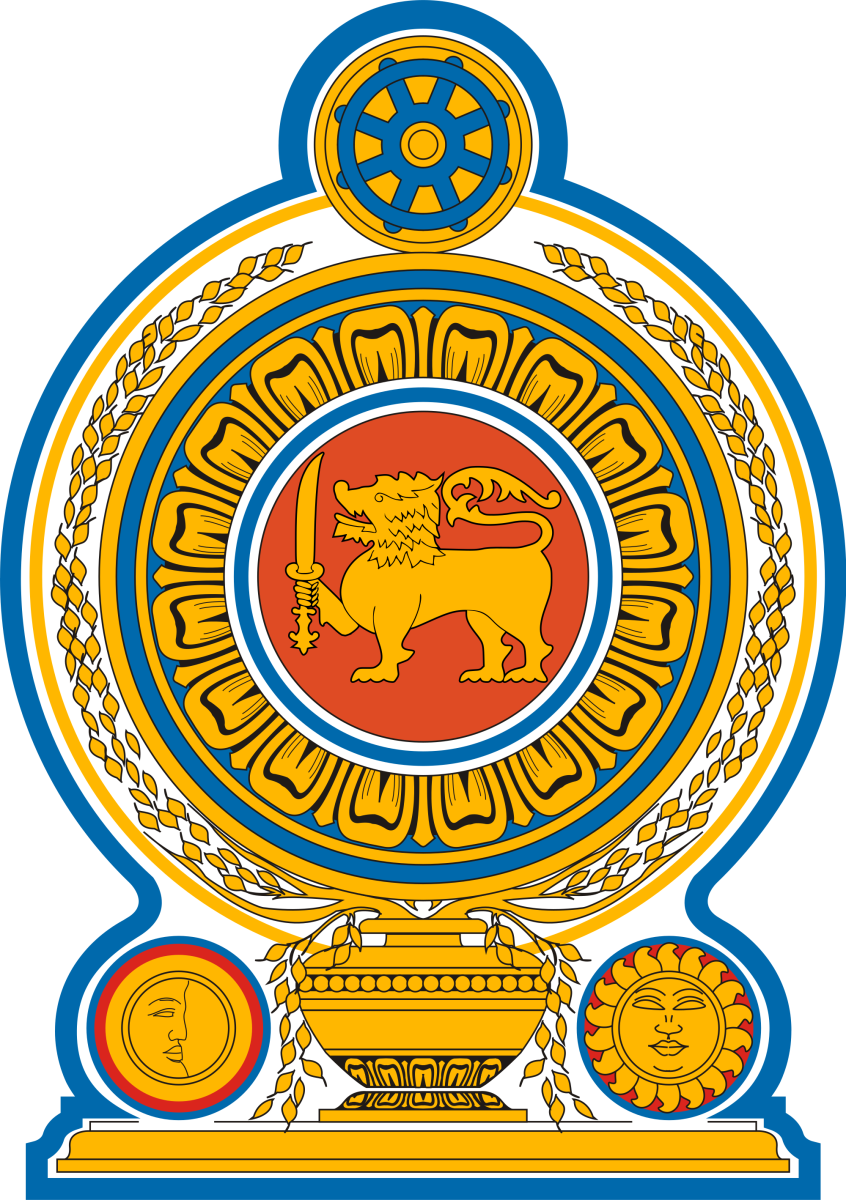 The national emblem of Sri Lanka is used by the State of Sri Lanka and the Sri Lankan government in connection with the administration and government of the country. The current emblem has been in use since 1972 and created under the ideas and guidance of Nissanka Wijeyeratne. At the time, he was Permanent Secretary to the Ministry of Cultural Affairs and Chairman of the National Emblem and Flag Design Committee. The designer of the emblem was Venerable Mapalagama Wipulasara Maha Thera, and the artwork was by S. M. Seneviratne.

The emblem features a gold lion passant, holding a sword in its right fore paw (the same lion from the flag of Sri Lanka) in the centre on a maroon background surrounded by golden petals of a Blue Lotus the national flower of the country. This is placed on top of a traditional grain vase that sprouts sheaves of rice grains that circle the border reflecting prosperity.

The crest is the Dharmachakra, symbolizing the country’s foremost place for Buddhism and just rule. Traditional Sinhalese heraldic symbols for the sun and the moon form the supporters. Sun and Moon, and Lion depicting